Chief of Police, 2 Captains of Police Sworn-In During Ceremony at DRPA 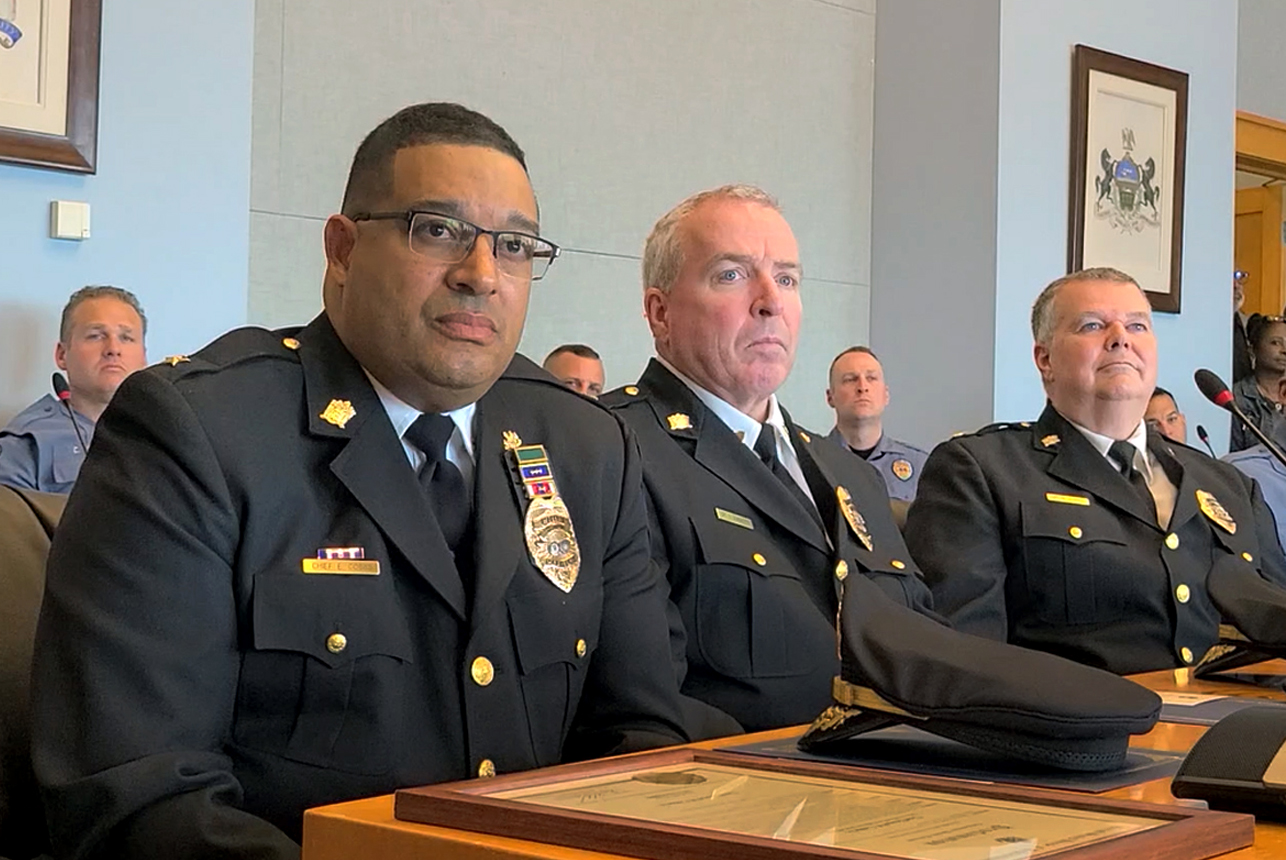 Captain Edward W. Cobbs, Jr., a 28-year veteran of the department, was sworn-in as the Chief of Police for the Delaware River Port Authority.

In addition, Shawn T. Dougherty and Matthew P. Gorman were promoted and sworn-in as Captains of Police.

The ceremony was held Friday, May 6, at the DRPA Headquarters in Camden, New Jersey.

Chief Cobbs is the first African American to lead the department responsible for protecting life, property, and public assets spread across an extensive area, including DRPA’s four Delaware River toll bridges and the PATCO transit line with 13 stations. The department consists of 150 sworn officers and 30 civilian members and handles more than 80,000 calls for service per year.

Captain Dougherty, who has more than 30 years working in law enforcement, has been with the Authority since 2004.

Captain Gorman has been with the DRPA police department since 2001 and has worked his way through the ranks, including a Lieutenant of Police since 2017.