DRPA Honored for Supporting Employees in the Military 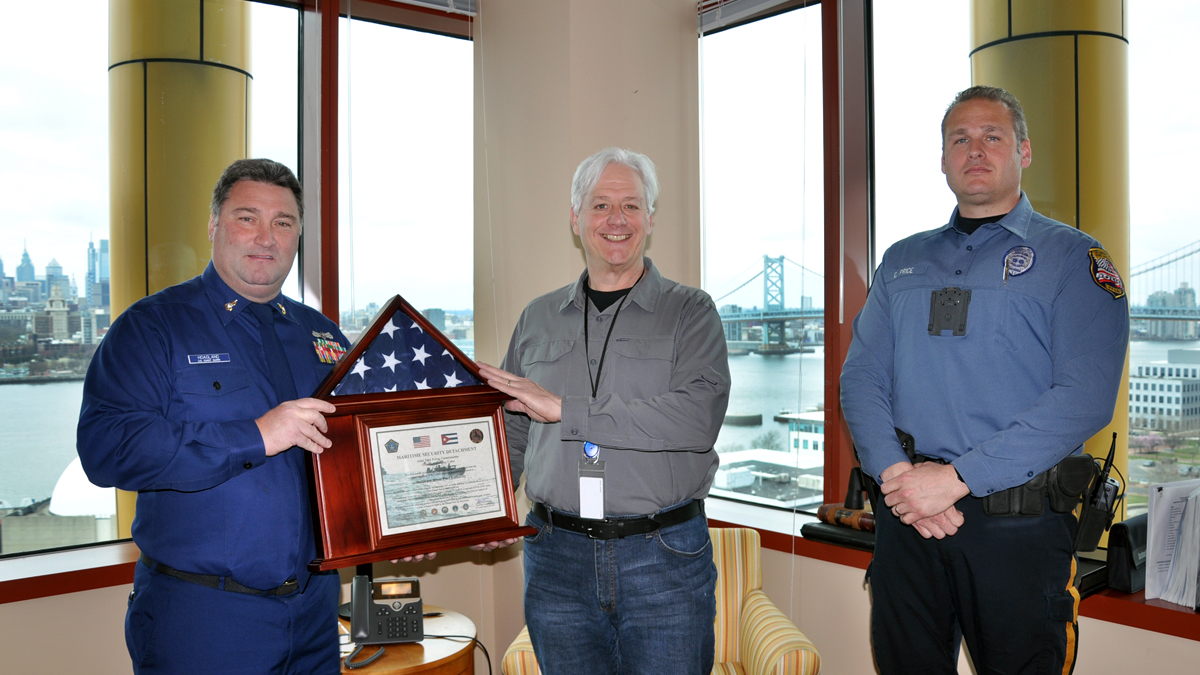 The Delaware River Port Authority (DRPA) and Port Authority Transit Corporation (PATCO) were recently honored for their continued support of employees serving in the armed forces. 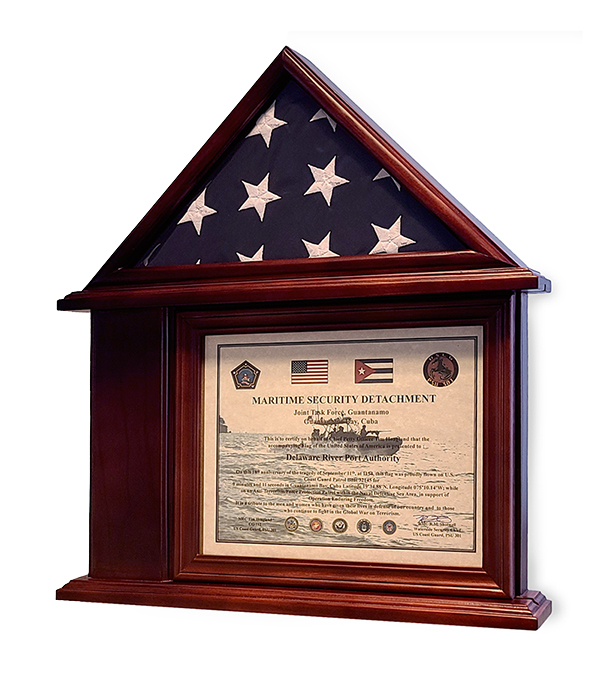 The flag was proudly flown on U.S. Coast Guard Patrol Boat 32145 on September 11 for 9 minutes and 11 seconds in Guantanamo Bay, Cuba, while on an Anti-Terrorism/Force Protection Patrol within the Naval Defensive Sea Area, in support of “Operation Enduring Freedom.”

Hoagland is a DRPA Police Sergeant who is currently on a military leave of absence and is deployed to the United States Coast Guard Headquarters in Washington, D.C.

“The support by the DRPA has a profound positive effect on the transition for the employee and their families that have been on military deployments,” said Hoagland. “My family and I are especially appreciative as this is my second deployment, and DRPA always goes above and beyond to help support us during these stressful and uncertain times.”