INSIDE DRPA/PATCO:
Leaves on the Line 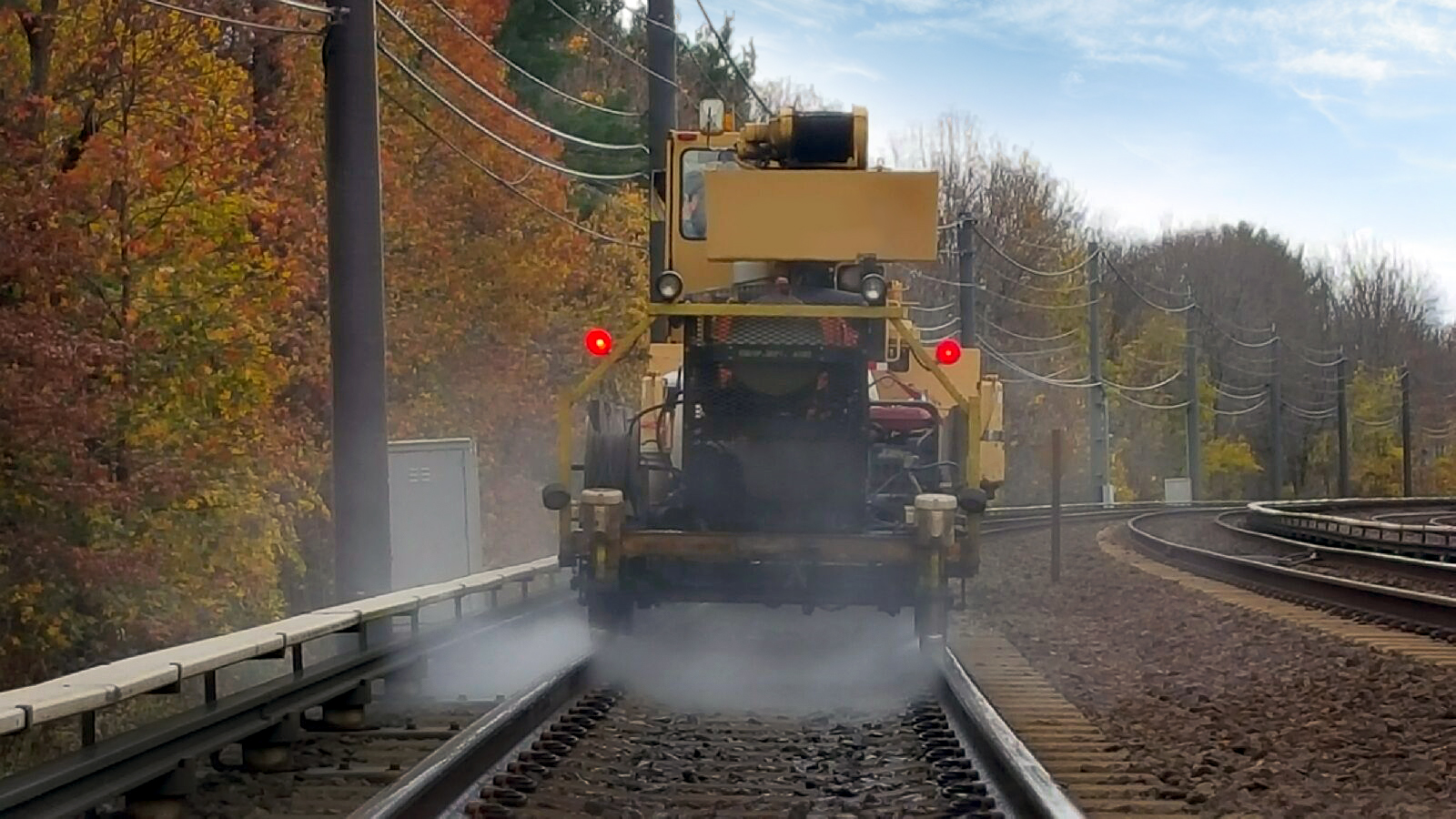 It’s mid-autumn and slippery rail season has arrived at PATCO. It’s the time of year when the colorful falling foliage has the potential to delay trains in the northeast. Every October, PATCO implements a “leaf season” schedule to maintain service reliability and on-time performance during the fall months. So let’s take a closer look at a rail phenomenon called “leaves on the line,” commonly known in the rail industry as slippery rail season.

LEAF FALL ON RAILS IS LIKE BLACK ICE ON ROADS

Think of leaves on rails like black ice on roads, and you’ll begin to understand the nature of the problem. The colorful falling foliage leaves behind an oily residue when crushed by train wheels. This oily, gelatinous chemical compound called pectin creates extreme slippery rail conditions. The condition significantly reduces friction between train wheels and rail, which requires trains to operate at reduced speeds to maintain safe operations, especially when vehicles approach station platforms.

During ideal weather conditions, PATCO trains will reach a max speed of 65 mph. However, to prevent sliding, trains will operate at 50 mph during arrivals and departures at New Jersey stations from Lindenwold to Westmont.

“Train operators, much like when we drive in snow on the roads, drive slower and need more time to start and stop,” said John D. Rink, General Manager, PATCO. “To account for longer run times, we have a special leaf season schedule annually every fall until early December when most of the leaves have fallen.”

Every autumn, PATCO takes numerous proactive measures to minimize travel impacts to customers from leaf oil accumulation. The special leaf season schedule accounts for trains operating at reduced speeds along the line and slower approaches and departures from stations. The time adjustments also allow for cleaning prevention work to occur on the rails between trains. Special PATCO crews use high-pressure washing equipment to scour the rails during the off-peak and evening hours. During this process, a traction gel is sometimes applied to the rails to increase traction further.

The impact of falling leaves is not limited to causing travel delays; it also can take trains out of service. The loss of traction creates “flat spots” on train wheels, resulting in wheels spinning unevenly and emitting a loud thumping sound. Trains return to our Lindenwold Maintenance Facility for service when this occurs, where the wheels are repaired. The uneven wheels are removed and placed on specialized machinery, which grinds the wheel and returns it to its circular shape. Any time a train is removed from service for repair, it could lead to delays or cancellations.

While PATCO takes steps to reduce the severity of slippery rail, PATCO cannot eliminate it. PATCO will continue its efforts behind the scenes to minimize the impact on your commute until all the leaves have fallen. If a train runs a little slower or is delayed due to slippery rails, it is because the safety of everyone is our highest priority.

Thank you for riding PATCO.