INSIDE DRPA & PATCO:
Ben Franklin Bridge Was All The BUZZ In September

"The Ben Franklin Bridge Pedestrian walkway is temporarily closed until further notice" is not a travel text alert or social media post many commuters or recreational users of the walkway like to see.

The Ben Franklin Bridge pedestrian walkway offers majestic views of South Jersey, the Delaware River and the downtown Philadelphia skyline. It has been voted “Best of Philly” for “Best Urban Hike” by Philadelphia Magazine.

However, earlier this month, it was an unusual sight that forced the temporary closure of the walkway.

On September 4, 2020, the Delaware River Port Authority (DRPA) police department received a phone call about a large swarm of bees along the pedestrian walkway.

DRPA Officer Shawn Waters was dispatched to scene and spotted the massive bee swarm at the base of a cable support near the bridge’s midspan.

"It was amazing, epic amount of bees," said Waters, a 25 year veteran of the force. "I immediately advised dispatch that we needed to close the walkway in the interest of public safety. The last thing I wanted was a crowd gathering in curiosity and individuals getting stung if the swarm became aggressive." 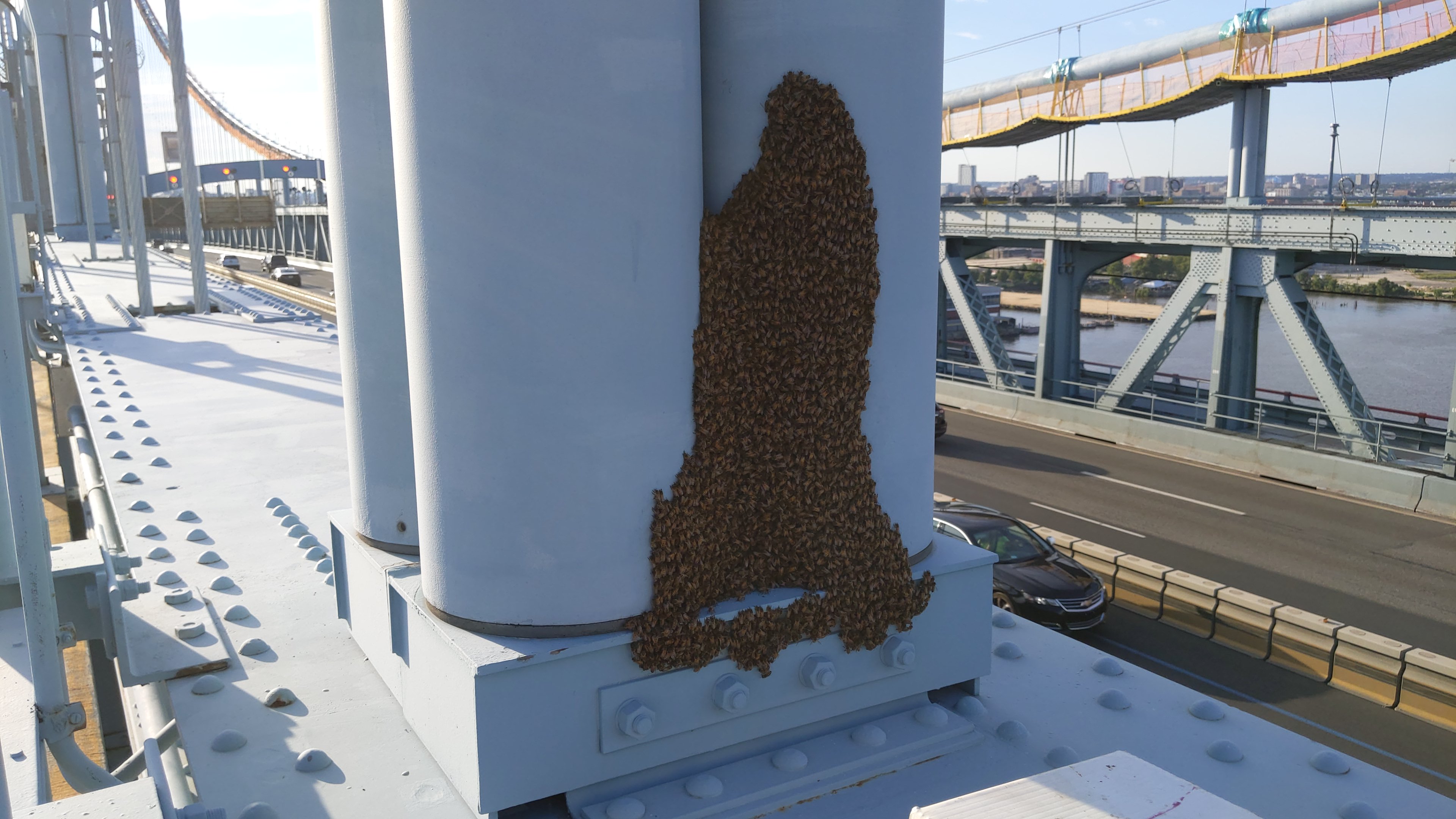 The DRPA police department quickly reached out to Don Shump, owner of the Philadelphia Bee Co.

The urban apiarist arrived shortly after and was escorted across the walkway to evaluate the conditions.

"The spot was unusual because typically bee swarms land within 100 feet of their original colony," Shump explained.

After removing the thousands of bees, Shump said they were relocated to an apiary at Greensgrow Farm in the Kensington section of Philadelphia.

The DRPA is grateful to the unknown caller who reported the swarm so it could be safely addressed.

In addition to calling and emergency call boxes, the DRPA has a mobile app called “Look Up. Speak Up.” where users can report safety and security concerns directly to DRPA/PATCO Police. The app is available in the Google Play or Apple App store.