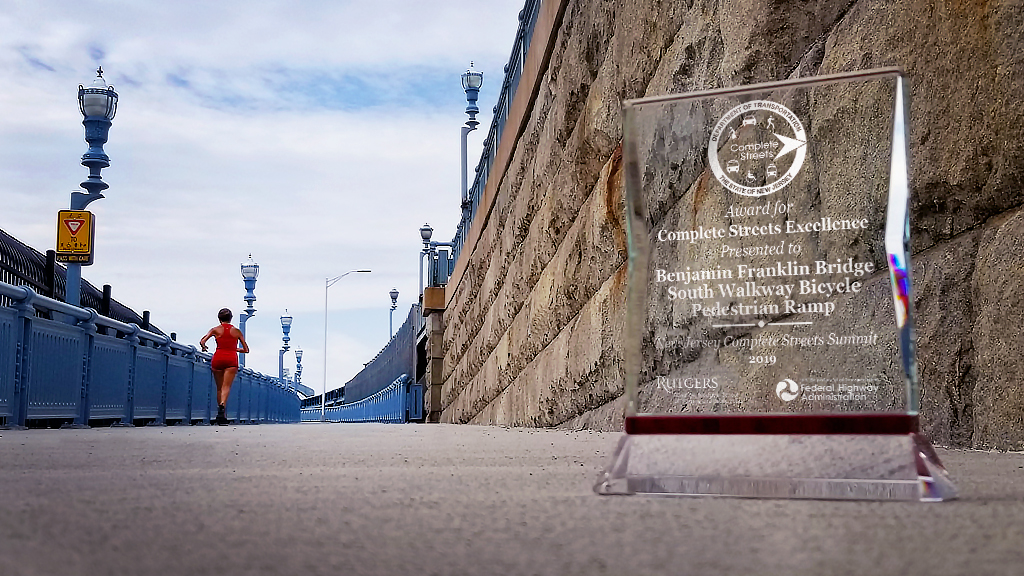 The award is in recognition of the opening of the pedestrian and bicycle ramp on the Ben Franklin Bridge.

The ADA compliant ramp, which was opened to the public on June 4, 2019, improves connectivity between Philadelphia and Camden for pedestrians and bicycles and encourages the use of alternative modes of transportation for both commuter and recreational users.

“Everyone is coming over from Philadelphia, people are coming from Camden over to Philadelphia. We have been hearing lots of positive feedback. It seems like the communities love it,” said DRPA Senior Engineer Elisabeth Klawunn.

The 1.5-mile Ben Franklin Bridge Walkway is critical link in Circuit Trails network -- a vast regional network of multi-use trails that connects nine counties in Pennsylvania and Southern New Jersey. The Circuit currently includes more than 330 miles of trails and will include more than 800 miles when complete.

“We have heard that in the first month of the opening, there’s been a huge increase in commuters traveling to work and pedestrians using the new walkway and ramp,” said Klawunn.

The $7.9 million project was funded in part by a $3.8 million grant from the Federal Highway Administration's Transportation Alternatives Program (TAP) and a $400 thousand grant from the William Penn Foundation.