Famous Bolt of Lightning, located at base of Ben Franklin Bridge, shining brighter

An iconic sculpture that pays homage to Philadelphia’s favorite Founding Father has a brighter look thanks to Delaware River Port Authority electricians.

The famous Bolt of Lightning, which is located at the foot of the Ben Franklin Bridge on the Philadelphia side, recently received some electrical maintenance. 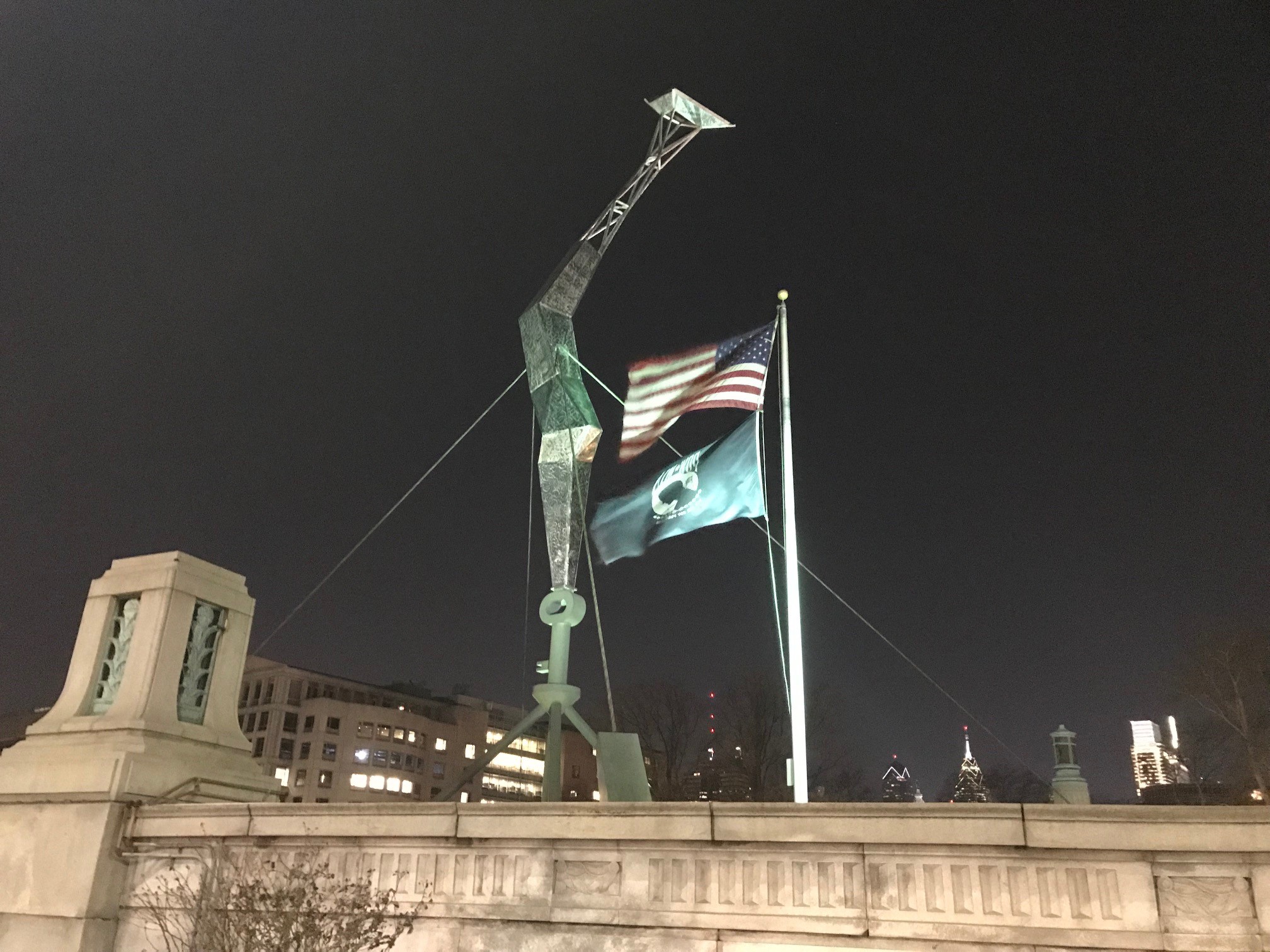 Electricians with the Delaware River Port Authority replaced numerous light bulbs, cleaned all the lenses and re-aligned all the fixtures.

Employees with the DRPA regularly maintain assets that are entrusted to the Authority. As Stewards of assets, the hope is that the community we serve enjoys the structure as it shines brightly again at night.

The 101-foot tall sculpture pays tribute to the most famous scientific experiment ever conducted by the bridge’s namesake, Ben Franklin.

The monument also features a 23-foot tall kite at the top and a key at the bottom.

Japanese-American artist Isamu Noguchi, known for landscape architecture and furniture design, as well as sculpture, first drew a design in 1933 for an international exhibition held in Fairmount Park. The design resurfaced during a Noguchi retrospective at the Philadelphia Museum of Art in 1979, and the Fairmount Park Art Association (now the Association for Public Art) commissioned the sculpture as a gift to the City of Philadelphia for its 1982 tricentennial. The sculpture was installed in 1984. Noguchi himself chose its site, Monument Plaza.

The Bolt of Lightning weighs 58 tons and is anchored by four steel cables.