The Delaware River Port Authority (DRPA) is moving closer to the groundbreaking of a bicycle and pedestrian ramp on the south side of the Benjamin Franklin Bridge in Camden. Today, DRPA’s Operations and Maintenance Committee voted to advance the $7.9 million project for full board consideration and approval on August 16.

South State Construction is expected to begin the 18-month project, which will improve accessibility to the south walkway of the bridge by replacing the existing stairway with a ramp, in the fall. During construction, bicycle and pedestrian traffic will be diverted to the bridge’s north walkway.

“The bridge’s 1.5-mile walkway is a fantastic transportation and recreational opportunity with picturesque views of the Philadelphia and Camden waterfront,” said John T. Hanson, DRPA CEO. “The new ramp will make walkway access significantly easier for bicyclists and those on foot or with strollers.”

Currently, the south side walkway in Camden is only accessible via a 25-foot-high stairway, making it challenging to individuals who are physically disabled or impaired. Bicyclists have no choice but to carry or push their bicycles up or down using steel plates on the edge of the stairway.

The project is funded in part by a $3.8 million grant from the Federal Highway Administration’s Transportation Alternatives Program (TAP) and a $400 thousand grant from the William Penn Foundation.

The new ramp is expected to be completed in the spring of 2019. 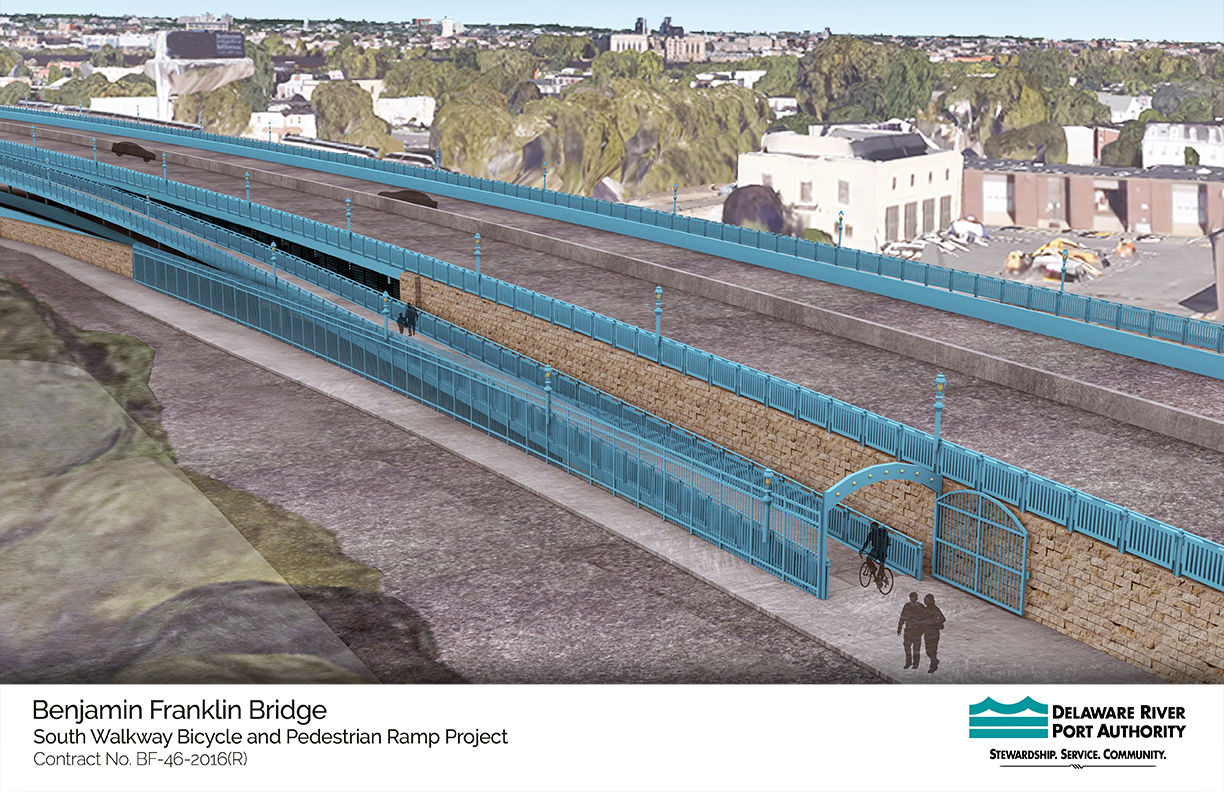