Purple Rain: Ben Franklin Bridge will Light Up in Memory of Prince This Weekend 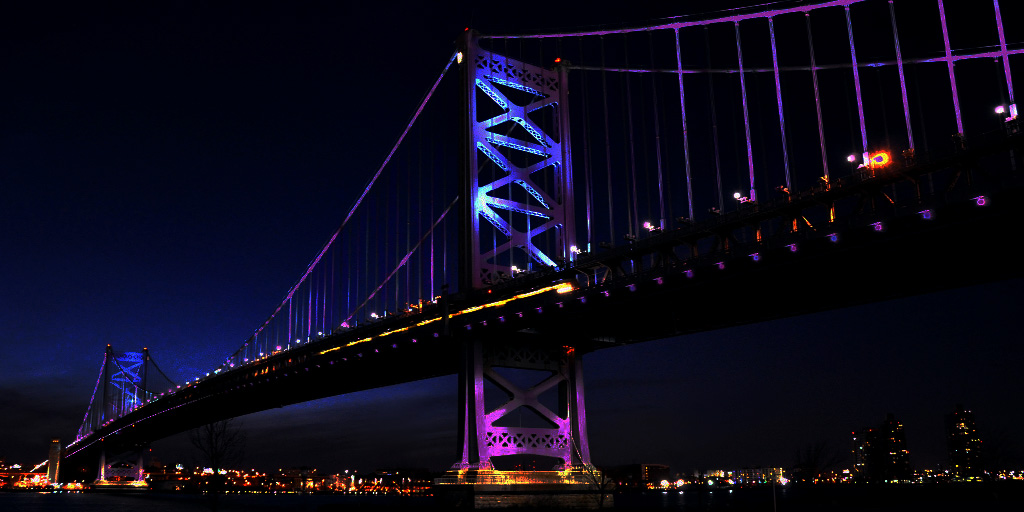 CAMDEN, NJ. - The Delaware River Port Authority has announced special purple lighting on the Ben Franklin Bridge for the weekend of April 23-24, in honor of superstar and musical icon Prince, who died Thursday at age 57.

Many buildings, bridges and iconic structures from around the world are celebrating his legacy in similar tributes.

The DRPA hopes Prince fans will enjoy a powerful, visual reminder of the impact his music had on the world.