The event featured approximately 150 bicyclists, as well as walkers, who were excited to cross the new ramp for the first time.

"The bridge’s 1.5-mile walkway is a fantastic transportation and recreational opportunity with picturesque views of the Philadelphia and Camden waterfront," said John T. Hanson, DRPA CEO. "The new ramp makes walkway access significantly easier for bicyclists and those on foot or with strollers." 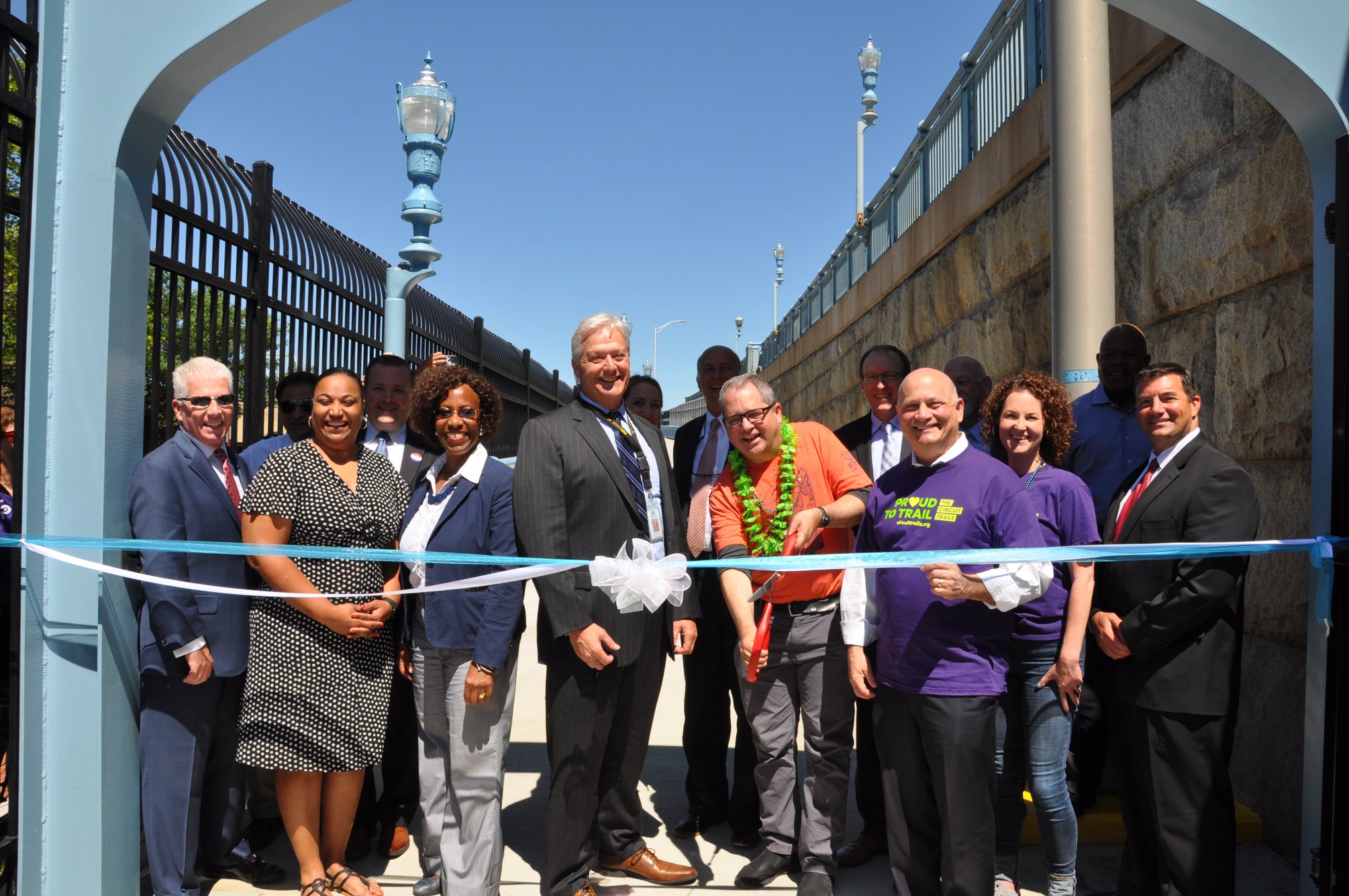 The new ADA compliant ramp improves connectivity between Philadelphia and Camden for pedestrians and bicycles and encourages the use of alternative modes of transportation for both commuter and recreational users.

Previously, the south side walkway in Camden was only accessible via a 25-foot-high stairway, making it challenging to individuals who are physically disabled or impaired. Bicyclists had no choice but to carry or push their bicycles up or down using steel plates on the edge of the stairway.

The Ben Franklin Bridge Walkway is critical link in Circuit Trails network – a vast regional network of multi-use trails that connects nine counties in Pennsylvania and Southern New Jersey. The Circuit currently includes more than 330 miles of trails and will include more than 800 miles when complete.

"We carry out our mission of connecting people ... and this walkway is part of it,” Hanson said during the ceremony.

The $7.9 million project was funded in part by a $3.8 million grant from the Federal Highway Administration's Transportation Alternatives Program (TAP) and a $400,000 grant from the William Penn Foundation.