Ben Franklin Bridge Lights Up in May

Bridge to Honor Mothers, Raise Public Health Awareness and
Remember the Heroic Sacrifices Made by Our Armed Forces 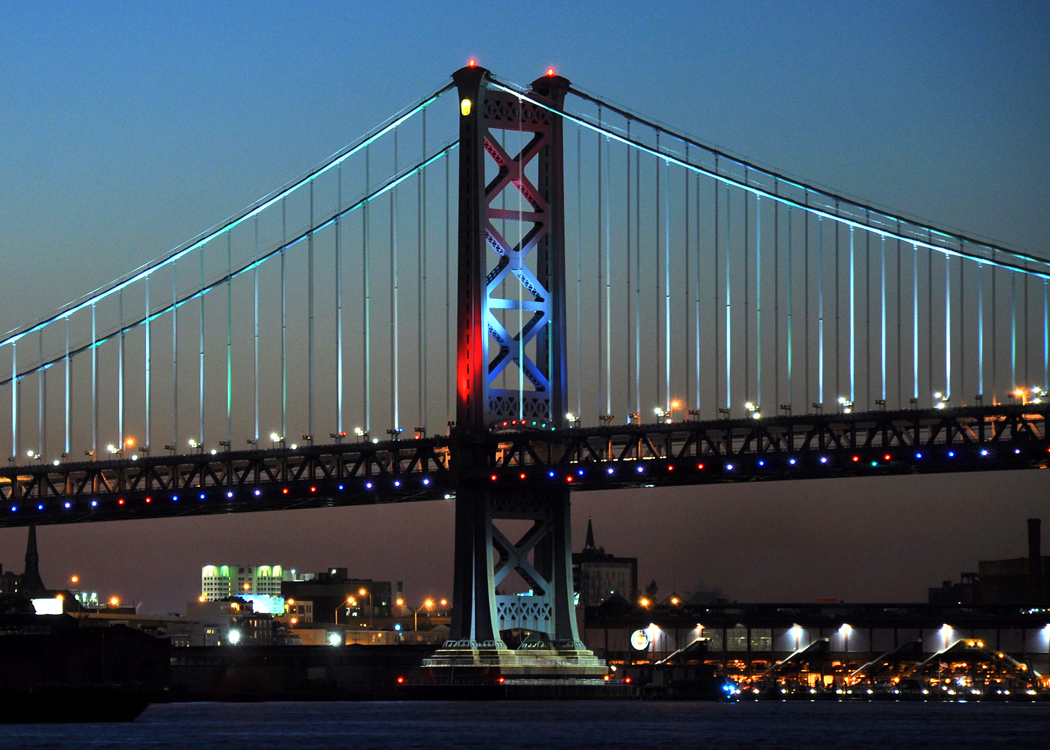 CAMDEN, NJ - Today, the Delaware River Port Authority (DRPA)  announced the Benjamin Franklin Bridge lighting schedule for the month of May. For most of the month, the bridge will be brightly lit to raise awareness for various diseases and health disorders that affect many of the people who live and work in our community. On Sunday, May 8, the bridge will glow magenta to celebrate and honor mothers, as well as motherhood, maternal bonds and the influence of mothers. The month will end on a patriotic note with red, white and blue colors to remember all of the service men and women who died while serving in the armed forces, and who made the ultimate sacrifice for the good of our country.

Following is the lighting schedule with dates and colors: